Finally, a camera that works for me

Over the last year I’ve been participating in a weekly photo post on WordPress.  Some folks have been using a few nice cameras for their shots, and I  had resolved to just use the camera on my phone(s) over the last two years.  That all changed a few weeks ago when I saw a new EOS version come out http://amzn.to/tIXyyi; it landed somewhere between the 5D and 7D but with a lighter (aluminum) body.  For about 7 years I used second hand Rebel SLR (maybe the first Rebel it’s pretty old) that I purchased from a friend, purchased a nice lens for it and took a few thousand pictures with it – it was awesome.

Then I purchased a digital Powershot for that used the larger memory cards that maxed out around 1 Gb years ago.  I collected about 6 of these cards and routinely filled them up, it was great camera.  That camera was stolen, then I purchased a new digital Powershot about 6 years ago and used that one until about two years ago until that one was stolen.  Then used my phones for pictures, and I was never ever happy with the quality of the pictures, but nonetheless its important to capture the moment.

A few months ago one of the posters on the weekly photo challenge described a new camera they had purchased and I saw the difference in the pictures they had taken in the previous weeks and not long after that I started watching the Canon lines.  My wife wanted a camera for herself so purchased a package with two lenses with the Rebel body; its still an awesome entry level prosumer outfit with many features.  I still wasn’t sold on it for myself, I was really looking for something that might be one more level up that could do some onboard processing, come with something other than the stock lens that usually ships with the EOS lines; but most important was something that was lighter than my older camera body.  The C60 came with a 18-135mm lens with a decent macro feature on it.  The lens that shipped with the C60 was much like a Sigma lens I purchased for my first Rebel but is much smaller and lighter.  And the camera body with and without the lens was much lighter.

Today was the first day was actually able to take it for a spin and the first outing yielded some interesting photos and after further reading I’m looking forward to working with a wireless flash for composing pictures where I have complete control over the flash lighting, another interesting aspect of this camera.  I probably have no less than 3K pictures in ziplocks w/o the originals and luckily over the years I pushed a lot of my travel photos to snapfish for safekeeping.  Now with a new 32Gb stick installed I should have a lot more pictures to push and share.  There’s a lot to learn about the camera, and more to learn about taking good pictures but like my friends tell, like most things, its a journey. 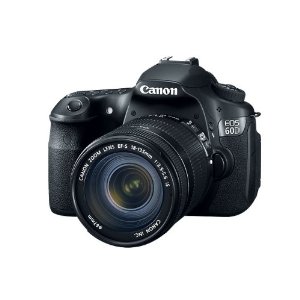 3 thoughts on “Finally, a camera that works for me”